Why are you receiving this newspaper? And, yes, we believe this is a ânewspaper.â Though provided by the McHenry County Republican Party, we believe it is as much a newspaper as virtually any other print publication. From the NY Times, to the Chicago Tribune, the LA Times, and the Washington Post, we feel the media has thrown off the veil of impartiality and embraced âjournalistic activism.â We believe this is also the case in McHenry County.

Journalistic bias is what we believe gives this publication its validity. Media bias exists. Itâs absurd to deny it. 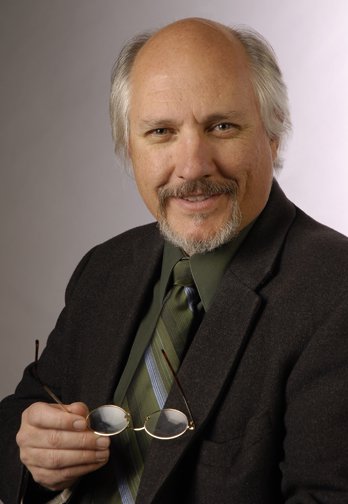 As conservatives in McHenry County, we have tried to receive âequal timeâ â or a rough comparison â from the only daily newspaper in the county. Many of the press releases we submit die ignominious deaths in an editorâs âInbox.â When a press release is accepted, and a story done on the subject of the press release, we find the tenor of the story spun to favor the Left.

For instance, if that daily runs a story about Mike Buehler, the Republican candidate for McHenry County Board Chairman, the current Board Chairman, Democrat Jack Franks, is called and given the final word in the story. But the opportunity is not reciprocal in stories that originate with Franks or the Herald.

In light of the bias of print media favoring the Left, and lacking a fair chance to share our perspectives within their publication, we have determined that the only reasonable solution is print our own newspaper. In this way, we provide our perspective with the expectation that this publication will, when compared with the Leftist media, provide the balanced coverage otherwise absent in journalism today.

We do not pursue this effort out of a lack of appreciation for honest journalism. Rather, we believe that a free press is essential to a free society. But whether the media is caged against its will, or enters the cage of censorship by choice, the result is the same. Truth dies when it is confined to the shadows. That means that the media has a responsibility â a vital role to play in our constitutional society. To our mutual detriment, whether Republicans or Democrats, Leftists or Conservatives, the media has abandoned its duty â has gone AWOL in defense of liberty.

This is a harsh charge to make. But is it untrue? Hasnât the media joined the âCancel Cultureâ where ideas are expected to fit within a particular âNarrative?â.

Journalists have publicly referred to themselves as âactivists.â Our contention is that one is an activist or a journalist but once they become one, they cannot be the other. Activism suggests that journalists are qualified to determine what is right. Instead of providing you with the unvarnished evidence, they filter it through their personal perspective, almost always suiting the Left, and provide you with a story where the conclusion is already drawn.

Itâs as if they donât trust you to arrive at the âcorrectâ conclusion (correct from their perspective). This shows a lack of confidence in their own conclusions. If they were truly confident in their convictions, they wouldnât fear providing you with the evidence and allowing you to draw your own conclusions.

You should also know that this publication is largely comprised of press releases or otherwise written by non-professionals. Though edited for journalistic style, most of these stories are provided by simple citizens. America is known for its Citizen Soldiers. We hope you will see these writers in the same light.