What is Critical Race Theory and can it stand up to the scrutiny of logic? 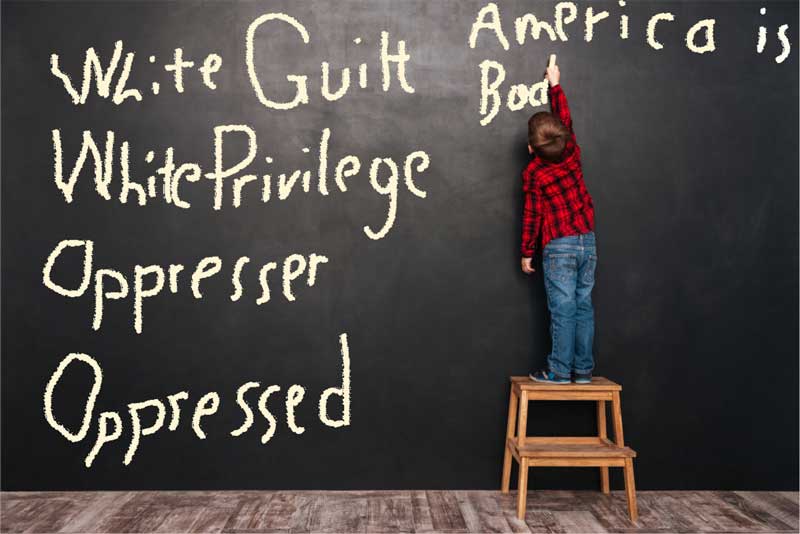 âCritical Race Theoryâ â Americans are hearing those words with increasing frequency these days. Schools around the country are training their public-school teachers to teach CRT. The military, though claiming otherwise, are pushing instruction of CRT on some among their ranks. So, what is âCritical Race Theory?â

CRT has proven to be a polarizing âtheoryâ with the essential premise that America was founded on racist principles and that âsystemic racismâ permeates every aspect of Americaâs government and culture. Opponents, however, disagree both with the premise of CRT and with the true objective of those who are pushing it. They point to the thinly veiled Marxism of CRT.

They point out that, as stated by Glenn Bracey, a professor of Sociology and Criminology at Villanova, in an online article in en volve. âCritical Race Theoryâs Marxism is fundamentally a spiritual concern.â1

In an ABA â American Bar Association â article, âA Lesson on Critical Race Theory,â Kimberle Crenshaw, argues that CRT âcannot be confined to a static and narrow definitionâ but is âan evolving and malleable practice.â She argues that âracism is not a bygone relic of the pastâ but rather that it âpermeate(s) the social fabric of this nation.â

According to CRT, people are divided into two groups: âOppressorâ and âOppressed.â Those groups are also referred to as âExploitersâ and âVictims.â

The Marxism of CRT fits with arguments from proponents who claim that the constitution and capitalism are both inherently racist.

Is it possible to challenge CRT?

The way CRT is constructed appears to set a trap for anyone who would dare to challenge the âtheory.â Those who disagree with CRT are generally called out as demonstrating their âWhite Privilegeâ and âWhite Rage.â

In spite of that built-in difficulty defense mechanism, there are those who have the audacity to challenge CRT anyhow. One of these is The Heritage Foundation.2

A portion of the description from The Heritage Foundation reads, âCRT underpins identity politics, an ongoing effort to reimagine the United States as a nation riven by groups, each with specific claims on victimization.â

Explaining the history of CRT, The Heritage Foundation explains that it is an outgrowth of Critical Legal Theory, a Marxist ideology with an âunhealthy dollop of Nietzschean relativism.â

James Lindsay, an author and founder of New Discourses, a Website that discusses current political ideologies, said, in a video on PragerU, âIf it (CRT) takes hold, it will completely change the very nature of America and the way you live.â3

He goes on to say that the premise of CRT is that, if someone is a member of a minority, they âare a victim of a system that is rigged against you â a system that doesnât want you to succeed.â

He said that CRT assumes âracism is present everywhere and always. They look for it critically until they find it. And they always find it.â

Lindsay said that, according to CRT, the âAmerican experiment was given a 400-year tryout and it doesnât work.â But he also offers advice on how to confront CRT.

A viral video of a black father and his young daughter has confronted CRT in a way that intellectuals canât touch. In the video, the father, Kory Yeshua, says to his young daughter, âDaddy teaches you can be anything in this world that you want to beâ4

And his daughter replied, âIt doesnât matter if youâre black or white or any color.â

He speaks with his daughter about how they treat people based on who they are and not what color they are. âCritical Race Theory wants to end this. Not with my children. My baby is going to know that, no matter what she wants to be in life, all she has to do is work hard and she can be that.â