No, seriously â MOVIE THEATERS ARE OPEN AGAIN! So, is there anything to see? 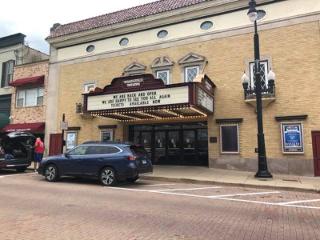 Yes, itâs true; movie theaters are open again. You can pay your money for a seat that might recline, fill your arms with popcorn, candy and soda and watch
Hollywoodâs latest fare on the silver screen â IN PUBLIC! But is there anything showing thatâs worth seeing?

Thankfully, comedy isnât completely dead. âLong Story Shortâ tells the tale of a man who, after marrying, discovers that years flash by every few minutes in what is described as a âfeel good comedy about second chances.â Rated R

For some drama, you can go see âThe God Committee.â Itâs a movie starring Kelsey Grammer about an organ transplant committee charged with deciding the fate of three patients â deciding which patient is most deserving. It challenges the viewer to make a choice between morals or money while the âcommitteeâ puts itself in Godâs shoes. NR-Not Rated

One of the biggest films released in the receding shadow of COVID is the prequel âCruellaâ about what led the infamous dog hater to develop such a love affair for fur coats. The film is set in the 1970s and stars Emma Stone. Rated PG13

Some may find â12 Mighty Orphansâ represents something of a diamond in the rough. This movie tells the true story of orphans during the Great Depression who are led by a new teacher and coach to the Texas state high school championship. The film stars Luke Wilson as the teacher/coach. Wayne Knight plays the villain. Rated PG13

âSecret Agent Dingledorf and His Trusty Dog Splatâ is strictly for the kids. The hero of the film, 10-year-old Bernie Dingledorf, has to save the world from villainous Dr. Chuckles and his laugh machine. Donât expect to see this on the list of Oscar nominated films, but children of the right age might just enjoy this film. And it has a unique distinction; Itâs Rated G (How often do you see that anymore?)