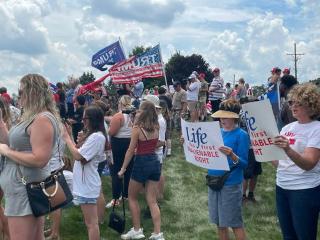 July 7, 2021, was an interesting day locally as President Joe Biden flew in to give a speech at McHenry County College. Much speculation and rumor surrounded his choice of McHenry County for a speech concerning his âAmerica Jobs Plan.â

No doubt aware of the countyâs conservative roots, Biden harkened to the words of the late President Ronald Reagan. He spoke of his administration representing the âAmerican morningâ at the start of an âAmerican century.â

Considering those words, few were left in doubt that the choice of McHenry County was purely political, based on propping up local democrats, such as Sen. Tammy Duckworth, Sen. Dick Durbin, Rep. Sean Casten, Rep. Lauren Underwood, and Gov. J.B. Pritzker. Many believe it was a choice based on challenging conservatives in the last republican stronghold of Northeastern Illinois. The reason that Democrats gave is that MCC is looking to invest in CNC and machining courses, which, they say, fit with the Presidentâs human infrastructure plan at community colleges.

Whatever the true reason, the President spoke of his plan to âBuild Back Better.â His plan involves a vast infrastructure and jobs plan.

Tyler Wilke, the McHenry County Republican chairman, sees problems with the plan. âWe all want good infrastructure, good jobs, America to thrive on the world stage,â he said. âWe want safety for our families, clean air and clean water, beautiful nature, good education systems, good healthcare, a safe home. However, the presidentâs plan will go far beyond the roads, bridges, and ports that are normally considered as infrastructure. 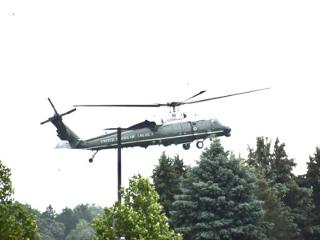 âThe bill will also fund programs for vast water re-piping, highspeed affordable internet access for all Americans, and, what the president and Democrats are calling, âhuman infrastructure.â
Wilke said that this human infrastructure includes a minimum of 14 years of âfreeâ education.

âThat puts the American people on the hook for grade school, middle school, high school and two years of free college,â said Wilke. âThe president even wants to move in the other direction providing free pre-school for children 3- to 4-years old.

The president said that more emphasis should be placed on the trades, manufacturing workers, and health care workers.

Wilke said he believes the president is more concerned about these sectors because heâs rewarding unions for their support in the last election.

About two-thirds of the way through his speech, the president turned to the theory of climate change. This infrastructure bill includes a push from diesel to electric buses for both public transport and schools. He also wants to hire union contractors to plug existing natural gas wells that his plan would cap. He wants to build an electric grid that fits with a focus on renewable energy sources.

As part of that push, the Federal Government will put money into research and development of green technologies.

Tickets to attend the event were overwhelmingly given to people who support the President. He rallied that crowd by touting his brief record and claiming an additional 3-million jobs were created since he took office. 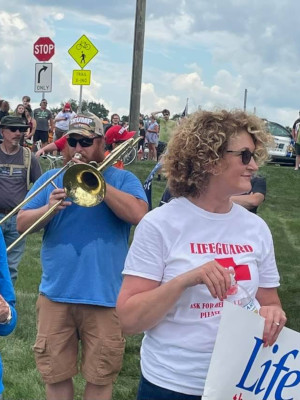 In that regard, the President failed to mention the strong economy that was brought to its knees by the pandemic. At the same time, he took credit for bringing America to the verge of beating the virus.
After the âshiny-new-carâ sales pitch, Biden finally addressed the big question â the costs of his program.

He said not to worry, âItâs already paid for folks.â However, he admitted the tax codes will require changes, that Fortune 500 companies need to pay their âfair shareâ while fossil fuel companies will be required to pay into a fund for the public good. He also said the upper income tax brackets will have their income taxes raised from 35 to 39 percent.