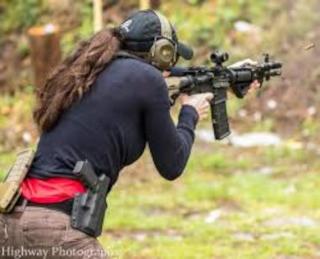 By DAVID A LOMBARDO 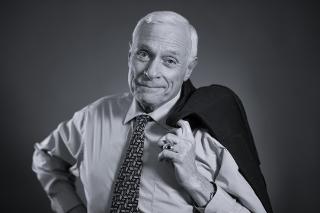 In a July 12th interview with Capitol Connection, Sen. Dick Durbin (D-IL), said, âWe have more guns in this nation than anyone who wrote the Second Amendment could ever have envisioned â¦ Just in the last week or two, we have seen hundreds of guns being confiscated by the Chicago police, and community after community that have just too damn many guns out there.â

The Left continues to focus on severely limiting gun ownership if not completely disarming American citizens. Their mantra is that the Bill of Rights is not absolute. They argue, âYou canât yell fire in a crowded theaterâ referring to perceived limitations to the First Amendment. It is a specious argument since doing so can cause harm to the public and does not legally qualify as âspeechâ as it pertains to the First Amendment.

The Right quotes Thomas Jefferson: âThe tree of liberty must be refreshed from time to time with the blood of patriots and tyrants.â It is most often used with reference to the proposed banning of modern sporting rifles erroneously dubbed assault weapons by the left.

The more the Left talks about gun control, the more guns are sold. Americans purchased an estimated 2.3-million firearms this past January. A study conducted by Northeastern University and the Harvard Injury Control Research Center found that a record 17-million people bought guns last year. Significantly, many democrats crossed the aisle on Second Amendment issues. According to the study, approximately one-fifth were first time buyers with women constituting about half of that number.

Richard Pearson, executive director of the Illinois State Rifle Association, told McHenry County Response, âThe second amendment is a difficult issue in Illinois, but the ISRA carries the fight for all Illinois gun ownerâs rights to the state legislature every session.â

While no democrat returned the paperâs calls, their anti-Second Amendment agenda is clear with proposed legislation making significant changes to the Firearm Owners Identification card (FOID) and private firearm sales.

HB1091 (aka Fix the FOID) would end private firearm sales by individual owners forcing all sales to go through an FFL (Federal Firearms License). Mandatory FOID and concealed carry fingerprinting is also on the table. FOID card expiration would be reduced from 10 years to five years with a 300-percent increase in cost. HB 1091 did not pass but HB 562 did.

HB 562 does have some positive aspects including the consolidation of the FOID card and concealed carry permit with a single renewal date.

The seller has to maintain a record of the sale for 10 years. This facet of the law becomes effective January 1, 2024. Pearson noted that with the U.S. Supreme Court now more Second Amendment friendly, current litigation to end the FOID card has a better chance of success.