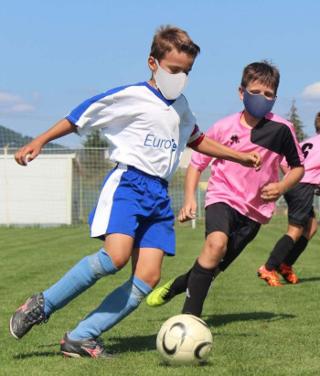 (Photo is a graphic representation)
BY GREG BISHOP
The Center Square

Parents of youth athletes suing the governor over his COVID-19 restrictions on youth sports will see a ruling on a motion for summary judgment after a circuit court judge denied the governorâs motion to dismiss.
The equal rights case was brought by parents of student-athletes who say the governor prohibiting high school sports while allowing college and pro sports harmed their children.

Sangamon County Judge Raylene Grischow denied Pritzkerâs motion to dismiss the case Friday, saying the plaintiffs have adequately alleged their cause of action.

âThe court recognizes defendantsâ position and arguments,â Grischow wrote in her ruling. âHowever, this litigation is not yet at a point of judgment, but merely at the commencement stages. At this point, plaintiffs have adequately alleged their cause of action. Defendantsâ motion to dismiss is denied.â

On Tuesday, Pritzker said heâs confident his orders will prevail. âThese issues have been adjudicated across the state in different courts,â the governor said.

âThis is the serious challenge to his emergency powers, to the way that he has conducted himself as governor and he will not prevail because he simply discriminated without a rational basis against all of these students,â Grochocki said.

Grochocki represents parents of students whoâve taken their own lives or suffered emotional and other physical trauma.

In his response when asked about the issue Tuesday, Pritzker downplayed the judiciary and went after the plaintiffs.

âPeople who just donât believe that COVID-19 is a serious illness have been the ones that are challenging this for the most part,â Pritzker said. âObviously judges are elected across the state and can have different opinions about these sorts of things.â

His attorneys have argued the issue is moot because the restrictions are lifted. Grochocki said ensuring equal rights is far from moot.

âAnd the governor violated those rights without a rational basis,â she said. âAnd we need to safeguard our freedoms now and in the future. The defense of constitutional liberty is never moot.â

The next ruling in the case is a motion of summary judgment against the governor, which could take the case to the next phase. Pritzkerâs attorneys have until July 16 to file an answer to the plaintiffsâ complaint.