Biden's weakness proves we learned nothing from attack on Pearl Harbor

80 years ago today, Americans woke to a new day as though it was any other Sunday. They went about their business with no idea of what was in store for them. But this was no ordinary day. This was a day that would change their lives forever.

Just before 8 a.m. in Oahu, bombs began to fall, torpedoes splashed into the water and machine guns began to rattle. And men began to die. This was the moment that plunged America into a world war that would take 418,000 American lives as it utterly disrupted the lives of all Americans.

The Japanese attacked because they misjudged Americans. They described Americans as soft and unwilling to withstand the rigors and violence of war. The impression of weakness was a tempting treat the Imperial Japanese couldn't resist as they eyed the world with visions of conquest and domination.

Fortunately, in the 1940s, military technology, though brutally efficient by historical comparison to the ages before it, allowed America and her allies enough time to recover as, for the first six months, the Axis (Japan, Germany, Italy and others) ran through the world with apparent invincibility. We recovered and, at great sacrifice, emerged victorious over the agents of evil who sought to subjugate the world and all the people in it.

Today, military technology, which includes nuclear weapons, has advanced far beyond the technology of 80 years ago. The push-button nature of war today is such that the promise of time to recover is fleeting as a wisp of smoke caught in a gust of wind.

Today, we have a president who exudes weakness so completely that it would make today's Hitlers, Mussolinis and Tojos - the Xis and Putins of the world - drool like kids in a candy store. As with the Axis of the 1930s and '40s, they may coordinate their efforts with their eyes currently on Ukraine and Taiwan.

It seems that this 80th Anniversary of the attack on Pearl Harbor has found us in a position where we have learned nothing at all. What price will we pay this time, and will we have time for the lesson? 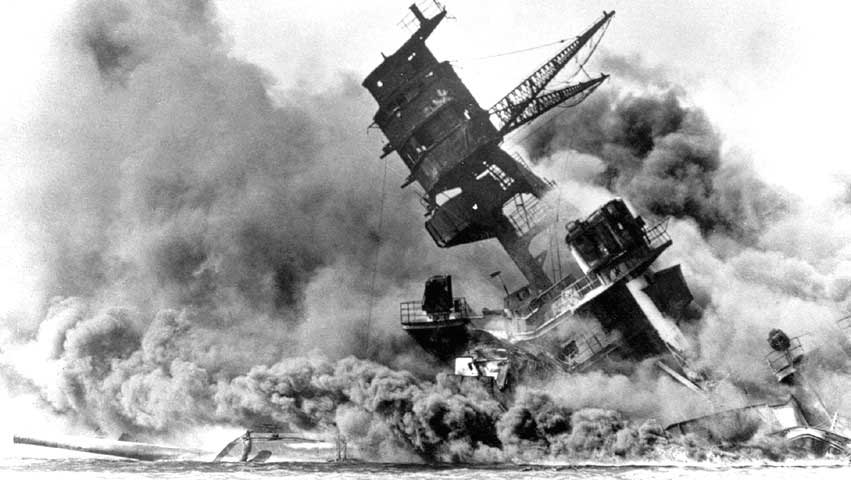