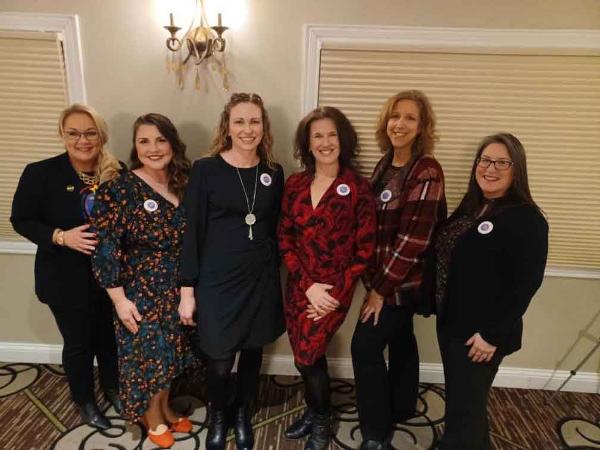 These were not the polished speakers who charge five-figures to come out and share their experience and perspective; instead, these were six mothers from Huntley, members of the grassroots organization they call the Huntley District 158 Parent Union.

In the past, when the McHenry County GOP hosted its Lincoln Day Dinner they brought in nationally recognized speakers, such as Turning Point founder Charlie Kirk and Hillsdale College President Larry Arnn. But Saturday night when more than 150 attendees turned up for the GOP fundraiser, they listened to speakers from closer to home.

If you judged by the reception the speakers received, you wouldn't have known the difference. Six members of the group spoke, starting with Dana Dalton Wiley, a founder of the organization. She spoke of how the group was started in response to the effects of at-home schooling for their children. When children finally went back to school, the group took up the fight against all-day masking.

All of the mothers spoke of the trauma their children were experiencing under the draconian mandates.

Kari Cross, the mother of three, including a daughter with Down Syndrome, spoke of how her son went from an A and B student before the pandemic to a zero GPA with the lockdown and masking.

Corine Burns spoke of how the attitude of the school has filled her 5-year-old daughter with fear. She recalled taking her daughter to the pumpkin patch in October. When her daughter saw the other people there, she began screaming in a panic that she wanted her facemask.

All the mothers also spoke of the price they've paid fighting for their children. Burns said, "I lost many of my liberal friends."

She said that she's been called every name possible. And, Dani Athans told of how "the media likes to characterize us as a bunch of crazy moms."

Mothers Among Victors In Court Ruling, But The Battle Continues

Burns said that she was a named complainant in the court case that was ruled on by a Sangamon County Judge Feb. 4. Judge Raylene Grischow ruled that the government doesn't have the authority to impose the mask and vaccine mandates.

The Sunday after the judge's Friday ruling, the District 158 School Board called an emergency board meeting. The mothers of the District 158 Parent Union felt that the board was trying to slide the meeting past their group without anyone noticing. But the mothers have learned to keep a sharp eye on the activities of the school board.

They noticed the meeting, and, with very short notice, more than 100 parents showed up at the emergency meeting.

With little option, the board voted 6-1 to drop its mandates. However, the District has since signed onto an appeal against the judge's ruling.

While the battle continues, the mothers described the reaction of their children when the masks came off.

Athans said that, though her daughter is homeschooled, now that she's able to interact with other children without wearing a mask, "The light is back in her eyes, and the smile is back on her face." Athans indicated both had been largely missing the last two years.

Burns said that the state of Illinois received $7 billion by adhering to the federally prescribed mandates. She listed some of the spending by the school where meals and other expenses are listed under spending codes that don't really fit.

Wiley said that the district should undergo a forensic audit into how it spent millions it received from the state's financial COVID pie. "Our (Huntley) High School built a 'lovely' coffee bar last year."

WHAT ARE THEY TEACHING?

The mothers also raised deep concerns about what the schools are teaching their children.

Wiley described how the lockdowns provided an unexpected glimpse into what their children were being taught. "When they're in your home (teaching with Zoom), you can see what they're teaching." She found what she learned alarming.

Jill Cataldo spoke of the "White Fragility Training," which teaches that whites are inherently racist, that District 158 administrators took.

She was looking at her son's geography textbook, his only physical textbook since the other materials are online. She found that the textbook was promoting BLM - Black Lives Matter.

She said that, at a school orientation, five of the 20 boys in the group were transitioning to girls. Her son said those five were so celebrated for their choices that he felt he didn't belong.

Two days after seeing the geography book, she pulled her child from the school and is now homeschooling.

While the school preaches 'diversity and tolerance,' Cataldo said, "Not all beliefs are allowed over there."

Laura Murray said that, along with the masks and mandates, the group is fighting the one-sided teaching of "Critical Race Theory and inappropriate sex education in a world where the moral compass seems to be fading." But she added that she and the others will not fade away.

Cataldo said that a board member was overhead describing the group "as a few noisy, misinformed parents."

She said, "This hard-Left slant is really demonizing the whole country."

In the meantime, Cataldo said that someone from Huntley has tried to take down the group's Website: https://www.district158parentunion.org/. Fortunately, she said, the site is hosted by a company that supports free speech.

Mothers Vow Not To Surrender

All the mothers say they will not give up the fight.

Burns said, "I used to pray that somebody would speak out and defend our liberties. And then I realized, I am somebody."

Cross said, "Our rights walk into that school every morning (with our children)."

Wiley had a warning to the school board: "We can be your greatest ally. We can also be your most ferocious enemy." 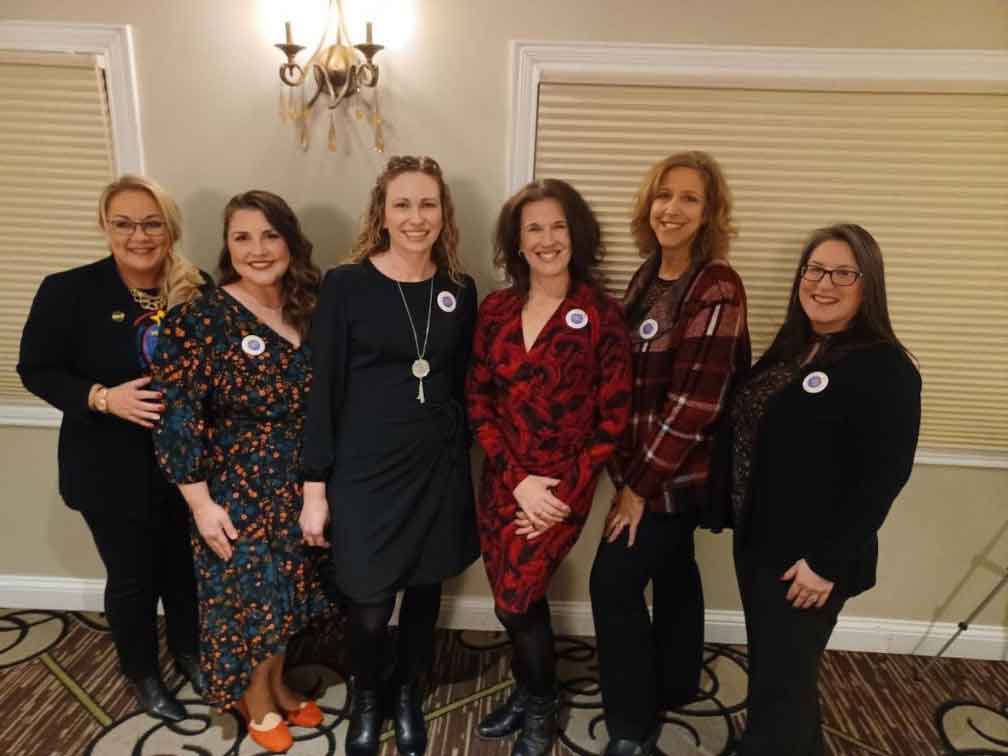