By Elyse Kelly | The Center Square contributor
Reprinted With Permission 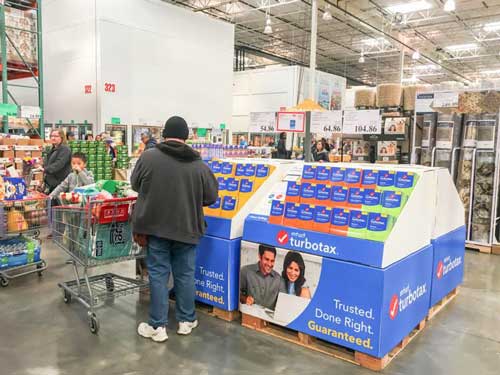 Trong Nguyen | Shutterstock.com
Taxes in Illinois are the highest in the U.S., according to a new study, but experts add it depends on who you are and how much you earn.

A recent study by Money Geek found residents in the Land of Lincoln shoulder the highest tax burden among all 50 states, giving it an E grade.

Using as their base a married couple with one dependent, both bringing in the median national income of $82,852, and who own a $349,400 home, the study shows Illinois residents pay nearly $14,000 in state taxes every year, or 16.8% of their income.

Carol Portman, president of the Taxpayers' Federation of Illinois, says because of the flat tax, the state tends not to perform well when looking at the middle class.

"Part of this is definitely attributable to that," she told the Illinois Radio Network. "If you look at someone making $300,000 to $400,000 a year, I'm guessing Illinois would not fare as poorly - those folks would do better."

Illinois' flat tax is part of the state's constitution.

"Generally speaking, middle class folks pay more in Illinois than they would in another state because the states that have a graduated structure tend to really hammer the high-end folks who make more and provide a lower tax on the middle-income folks, but Illinoisans did not want that," Portman said.

But that's not the only contributing factor.

Sales tax rates in the state are high, Portman points out, as are property taxes.

"Another area where Illinois tends to do poorly in especially - and this is not related to income, it's on the property tax side, which is a very localized tax, but when you look on average across the state or the median numbers, our taxes tend to be higher than in other states," she said.

The study also shows a -0.9% population growth, suggesting the two may be correlated.

"Taxes certainly matter when people are sitting down deciding where to live, where to invest, where to expand a plant or open a new facility, taxes are obviously part of that calculation," Portman said.

Part of it is the actual number of how much people pay, but Portman said the perception of high taxes plays a big role in people's decisions to move as well. Illinois has the perception of being a high tax state, she said, and pointed out studies like these only add to that.

But taxes aren't the only consideration, she added.

"If taxes were the main reason for where people lived, Alaska would be bursting at the seams," Portman said. "They have no state sales tax, no income tax, and their property taxes are low. So if you wanted to move exclusively for taxes, you would move to Alaska, and that is obviously not what is happening."

Alaska ranks third for lowest tax burden, according to the study, and median residents pay only $4,507 annually in taxes.