Conservatism: a perfect fit â¦ if you're an individual 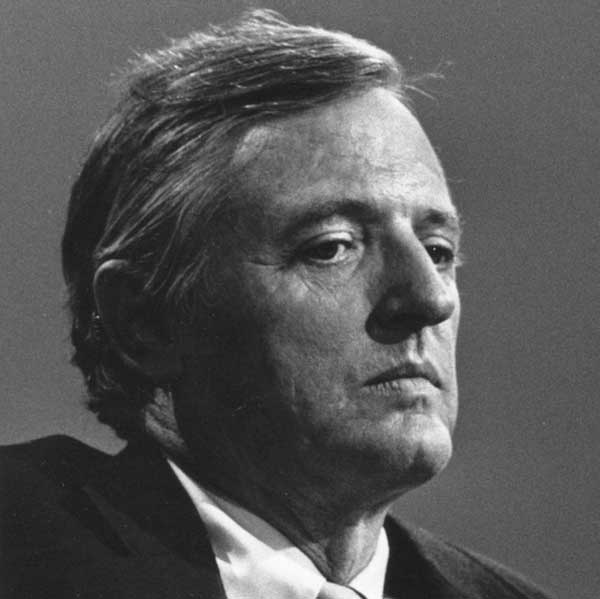 William F. Buckley, Jr.
Back in the early 80s, before colored hair became popular (green, pink, purple, et al), I saw a brunette girl at a restaurant with half of her hair dyed electric blue. I elbowed my friend to look. Later, I told other friends what I saw, as if commenting on something peculiar. I said to one friend, "She has guts to dye her hair that way." And then it hit me: 'Yeah, she does have guts.'

It takes strength to make an obvious individual statement like that. I stopped talking about her because I realized I admired her. I wished I had that confidence to be as different as I want to be.

I admire a man or a woman of whom I can say, "He's his own man" or "She's her own woman" - People who give a voice to their individual expressions. Instead, most of us feel like a part of the whole. We are desperate to have a "self" to express.

A key principle of Conservatism is the freedom to express yourself as an individual. Free of government intrusion. Free of groupthink. The Liberal manifesto is to get everyone to acquiesce to their group agenda, without questioning it. But, in America, the individual is more important than the group. That sounds selfish. It's not. That idea guards our freedom.

My favorite Individual is the famous Conservative, William F. Buckley. He was the leader of the movement for decades beginning in the 1950s. In the 60s and 70s he rode a motorcycle, grew out his hair and hired young people for his magazine, National Review, where they wrote favorably about the Woodstock Rock Festival and the Rolling Stones. These were not "Conservative" approaches to life.

People, including college students, flocked to Buckley, not because they believed everything that he espoused but because he was a rebel, an individual. A Conservative who didn't even fit in the conservative segment of the Republican Party. He wasn't experiencing the "quiet desperation" Thoreau imputed on the mass of humanity. One student said of him, "He doesn't hedge, he says it."

Two months after he graduated from Yale, he started writing a book exposing the atheism and Socialism of his professors. He named names. One reviewer of "God & Man at Yale" said, "He conducts himself with a disrespect for his teachers that is charming and stimulating." Is flaying the faculty a Conservative notion? Yes. He was standing up as an individual against professors who taught that the governmental elite were qualified to structure the private lives of its citizens. It was the point where professorial arrogance and ignorance coalesced.

If you feel like you're forced to be quiet, join the Conservative Movement and be an individual. You don't have to parrot government dignitaries or the mantra of a social activist or your college professors. You don't even have to toe the line with a popular Conservative. You can make up your own mind and join the "group" of individuals.