When Integrity is Important 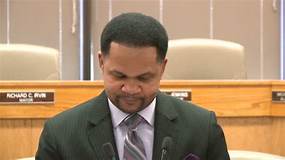 Most of us share a common opinion about most (but thank God not all) politicians - they tend to lose their integrity, at least to some degree, generally about the time they start campaigning for office. The evidence is obvious and undeniable. Thence the time-honored joke: "how do you know when a politician is lying?"...

From my parents I learned the definition of integrity in simple words. If you say something is the case, well, it better be so. If you promise to do something, do it (and don't just "fake it"). And so forth.

The thing that really turns people off is when our civic leaders say one thing, then actively and intentionally do another. There seems to be no end to their unconcern for keeping their word. Even on issues where there is not much room for subjective interpretation, like "If you like your insurance and your doctor, you can keep them".

Richard Irvin is currently the Mayor of Aurora and has entered the primary for Illinois governor as a Republican. I caught some of what he is saying and thought, "this could be a good thing happening". So I kept paying attention when I heard his name.

Now, to the disappointment of many, Irvin lately seems to fit his chosen profession more and more.

Apparently, he has pulled a democratic ballot more often than not since 2014 (according to the Kane County clerk). But I guess that doesn't mean much in Illinois, where messing with the other party's primaries is part of the game.

But he has also developed a habit of dancing when challenged on specific issues, such as abortion rights. Evidence of this is all over YouTube.

Then I ran across this from a Patch.com reelection campaign interview:

"I support Black Lives Matter strongly and passionately. I am supportive and proud of the peaceful demonstration throughout this past summer in response to the murder of George Floyd, Jacob Blake, Breonna Taylor and many others. Politics, especially racial politics, are rarely easy but I believe this past summer was a wake-up call to America and we [need to keep] that momentum going to create substantive change."

Perhaps this played well to Irvin's Aurora constituency a year ago, but it doesn't exactly sound like a Republican, does it? Maybe he has changed since then. Or maybe not. But I certainly am re-focused to pay more attention to what candidates have done, and less to what they are saying. This is something we should all do, regardless of our politics.

Integrity counts. Consistency counts. The truth counts. When trust is in doubt, be careful. Because your vote counts.