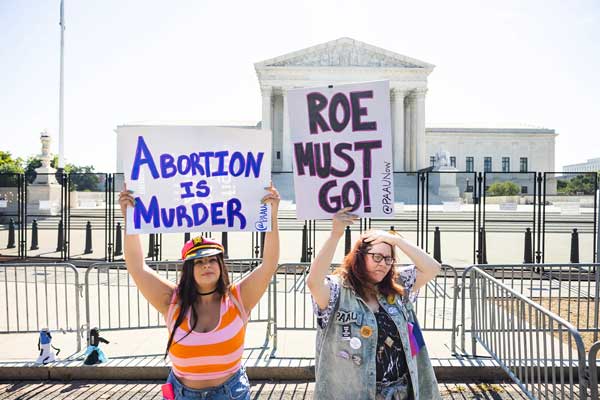 The US Supreme Court has overturned its 49-year-old landmark Roe v. Wade decision that legalized abortion throughout the US, upholding a Mississippi law banning the procedure after 15 weeks of pregnancy â and leaving the issue up to each of the 50 states.

Fridayâs opinion by Justice Samuel Alito also overturned a 1992 case, Planned Parenthood v. Casey, in which the court found that state laws restricting abortion should not impose an âundue burdenâ on women seeking the procedure.

âAbortion presents a profound moral question,â Alito wrote. âThe Constitution does not prohibit the citizens of each State from regulating or prohibiting abortion. Roe and Casey arrogated that authority. We now overrule those decisions and return that authority to the people and their elected representatives.â Read Story at NY Post