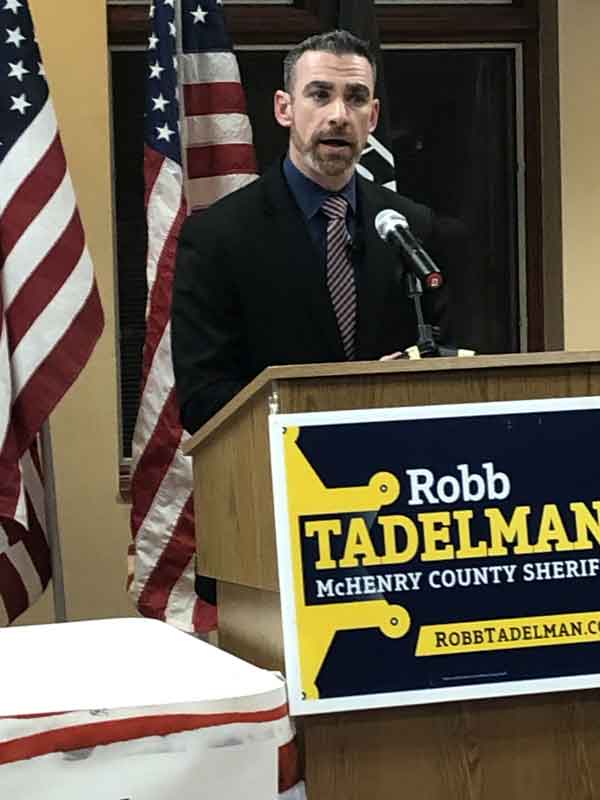 In one of the tightest local elections, Robb Tadelman won the GOP primary election for McHenry County Sheriff to replace the retiring Bill Prim. Tadelman won with 59.5% of the votes (16,786) to Tony Colatortiâs 40.5% (11,433), and will be running unopposed in the upcoming general election.

Tadelman served in the McHenry County Sheriffâs Office for 18 years. He was promoted to lieutenant in 2017 after graduating from the Northwestern Universityâs School of Police Staff and Command. He served in the Internal Affairs Division before he was promoted to Deputy Chief, and then Chief, of Operations.

Colatorti spent 22 years in law enforcement, including serving as chief of police for Prairie Grove and Holiday Hills. He has owned seven Lukeâs Beef franchises and has operated Cucina Bella Italian restaurant in Algonquin for 18 years.