Our schools and culture are preparing future non-citizens 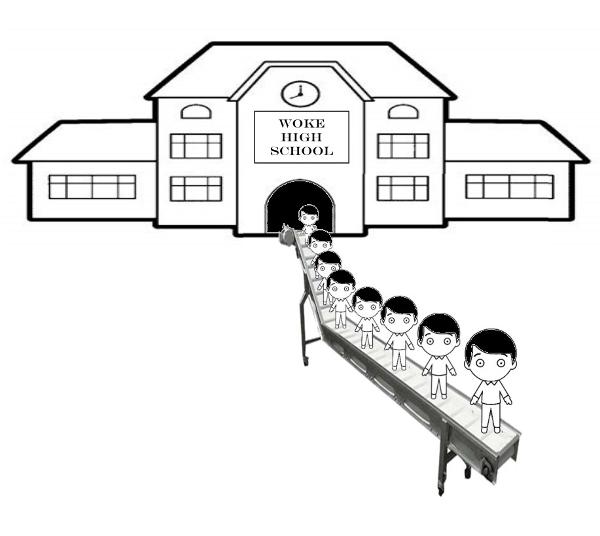 If youâre not the parent of a teen or young adult, when is the last time you spoke with a Millennial? I donât mean a casual conversation about the weather; I mean about their thoughts about whatâs going on in our world today. I do so on a fairly regular basis. I make a point of it. And in the process, I have experienced the blatant evidence of what our schools and culture are pushing these days.

These, after all, are the people who will soon be running this country, if thereâs a country left to run. Their ideas will dominate the course of America in the years to come. And what Iâm hearing is not very comforting. In fact, I would go as far as to say itâs alarming.

Ask a young person today what they think about free speech, and this is an extremely likely response: âFree speech is âokayâ but there need to be limitations.â

When you press them about what they mean when they say âlimitations,â youâll most likely get something about how people shouldnât be allowed to say things that offend other people or hurt their feelings.

Our schools and culture have carved out some pretty darn clear caveats related to âlimitationsâ on free speech. Challenging the âconventional wisdomâ on racism or anything to do with LGBTQ are verboten. With the Pandemic we found that questioning mask mandates or mandatory vaccines are also out of bounds.

As a result of that indoctrination, we have a generation, and then some, of Americans who know how to speak in accordance with what the Left has deemed acceptable. But those same Americans couldnât think their way out of a paper bag when it comes to understanding what it means to be a citizen of the United States and why thatâs important.

These are people who have been taught to follow quietly and not make waves. Millennials donât understand that avoiding a society where governmental thugs feel safe to make late-night visits that end in one-way trips to gulags, requires an active citizenry. And to have an active citizenry, you need citizens who understand their rights and what is required to defend those rights. You need citizens who understand that we need to approach âlimitationsâ on free speech the way we avoid sticking our hands into blazing fires.

The question we need to ask is why our schools, those who drive our culture, and the Leftists controlling so much of our government want to ensure we donât have those active citizens? In the meantime, I invite you to offend me. Try to hurt my feelings. Iâll support your right to do so because I understand what free speech actually means.