Listening to President Bidenâs speech about the Continued Battle for the Soul of our Nation, I came to the realization that he simply had a few details mixed up. I hate to see our leader so easily confused, so I will help him out and fix the speech so, should he try again, he might enjoy some accuracy mixed with his rhetoric.

He also seems to have some confusion about the threats we are facing. He doesnât seem to understand that the biggest threat to the ideas embodied in the founding documents come from Progressive Democrats. This includes ample evidence of attempts by Democrats to steal elections. This is a true threat to our freedom. Any honest evaluation of the evidence also reveals that Jan 6th was not an insurrection and was instead just an attempt by the citizens to petition their government for redress of grievances related to the rampant election fraud in the 2020 election.

So with these points in mind, I have sought to fix his speech. Here is a Corrected Edition showing the changes. You are welcome, Mr. President, should you feel inclined to try again using these revisions. 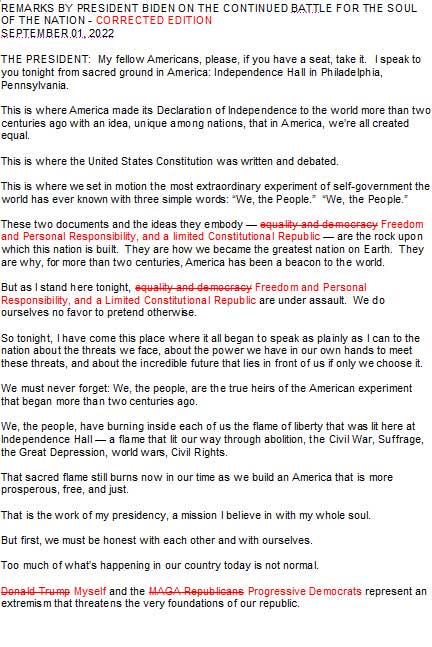 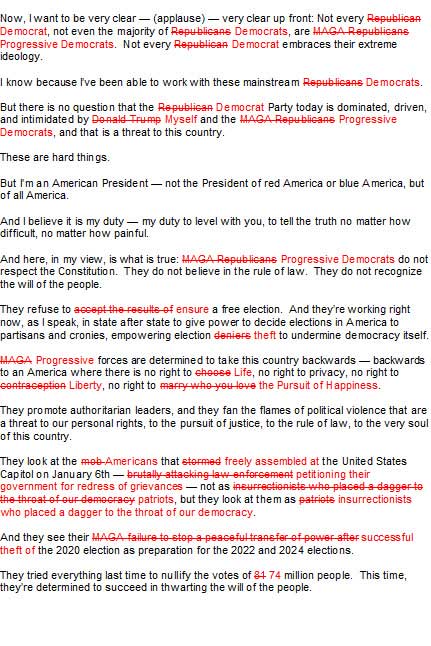 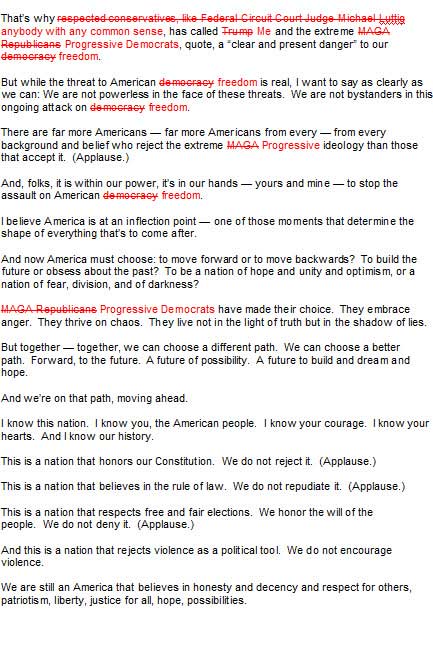 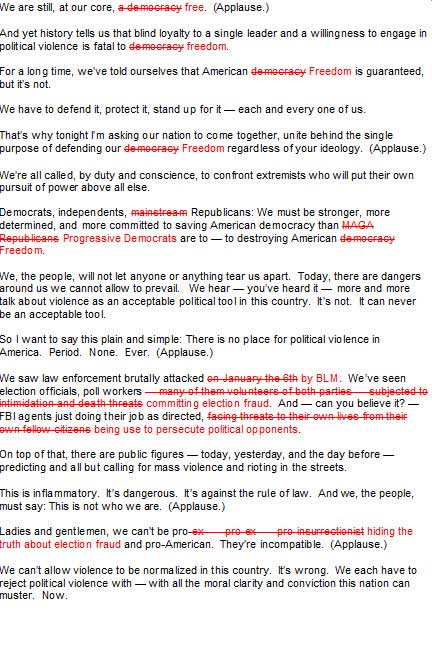 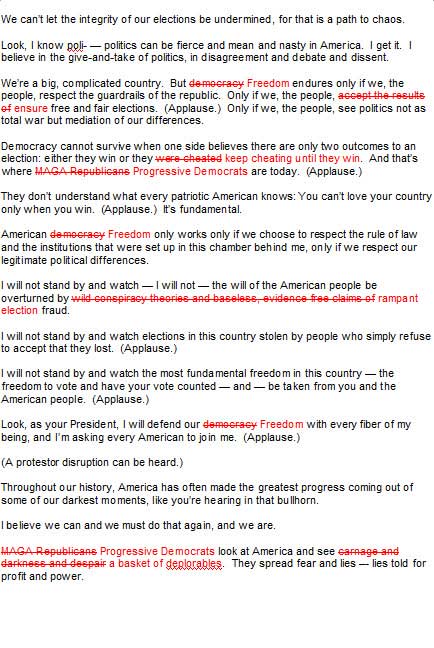 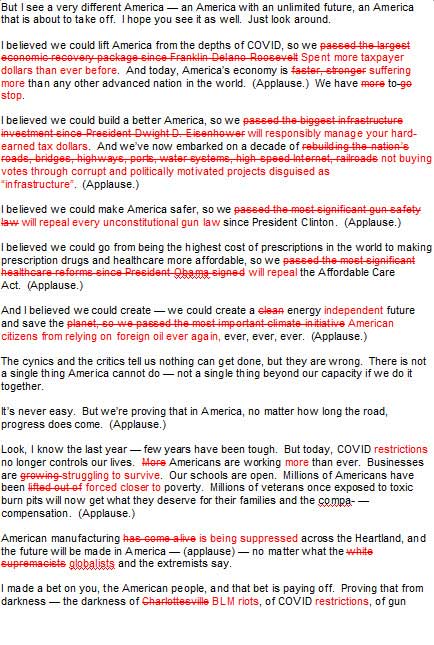 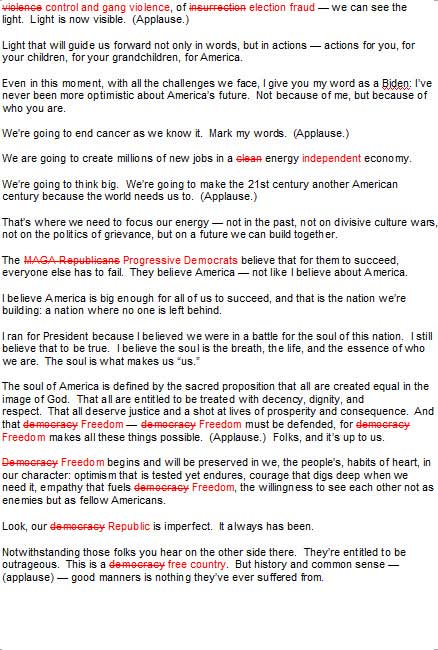 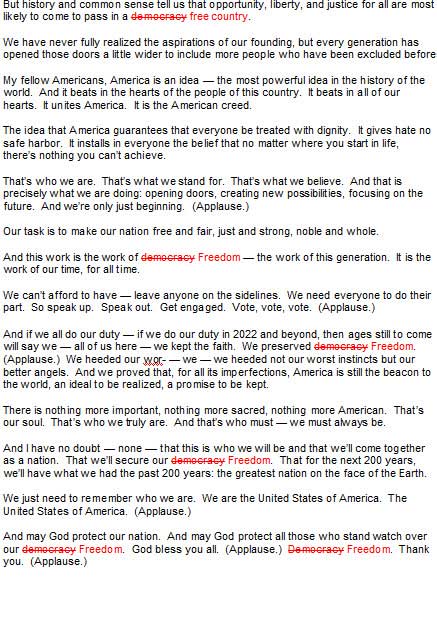 Who Controls The Science?