No, Joe, It's Not MAGA You Have To Fear 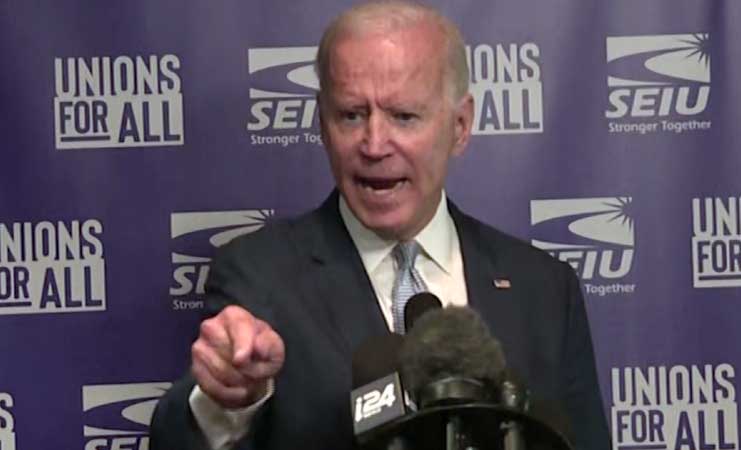 "Donald Trump and MAGA Republicans represent an extremism that threatens the very republic.â Those were the words of Pres. Joe Biden in a recent speech as he tried to stoke up outrage on the Left while claiming to promote âunity.â But former Pres. Donald Trump and so-called MAGA supporters are not the threat to the Republic.

The threat is the party that applies a flagrant and damaging judicial double standard at the highest reaches of our country. After 2-1/2 years of unfounded Russian Collusion hearings, a nonsensical impeachment over a phone call to the Ukrainian president, and 1-1/2 years of inflating the Jan. 6 Capital riots as an âinsurrection,â the FBI has now raided Trumpâs Mar-a-Lago home with a search warrant of unprecedented and legally doubtful depth and breadth.

What levels of justice have leading Democrats faced? Hillary had an illegal server, wiped 30,000-plus emails off that server and had electronic devices smashed by her staff. In response, the FBI laid out the red carpet for her.

Hunter Bidenâs âLaptop from Hellâ contains a historically rich treasure trove of evidence of corruption involving âThe Big Guy,â Joe Biden. Just in time for the 2020 election, more than 50 top national security leaders signed a carefully worded letter stating that it âhad the appearance of Russian disinformation.â Since then, Biden has taken office as president, we've all learned the laptop evidence is real, and weâre still waiting to see if anything comes of the investigation.

Considering the level of anger this generates in many MAGA supporters, even January 6, which progressives dare to compare to the mass violence of the 2020 George Floyd riots, canât undermine the incredible restraint exhibited by Republicans.

Democrats and the Left have brought the country to the brink of socialism/Marxism, which most conservatives recognize as volunteerism for political slavery. Our Southern border is wide open, diminishing the value of citizenship to almost nothing or a negative. State-backed indoctrination of our children is blatant and obvious to all.

From a one-sided view of Americaâs racial history, to a fabricated perspective that embraces the most obscene gender dysphoria, this is not the country that it was just a few years ago. The Left had to know that conservatives would be outraged. In fact, that is so clear that, when MAGA people are called a threat to the Republic, or accused of group violence, itâs hard not to see these statements as efforts to incite conservatives to the very violence the Democrats are accusing them of.

MAGA Republicans, however, have something going for them that the Democrats canât touch; MAGA Republicans love this country. The last thing they want to do is to tear it apart. With a few lunatic exceptions, MAGA Republicans have no desire to hurt other Americans, who they hope will wake up from their WOKE comas and join reality.

But there is one group we canât speak for â young Americans. Young Americans have a right to expect the generations that came before them to provide a safe and stable environment where they can grow up. Stability does not come from making crime safe for criminals. And it does not come from confusing children, who naturally have identity struggles, with nonsense about choosing pronouns, having sex change operations, and watching grown males dress up as women and perform strip teases.

Years from now, when young Americans realize what has been done to them, theyâre going to be pissed, and with good reason. We all hope that they express that anger peacefully. But no generation in history has been submitted to mass child abuse on a level close to this. There is no guarantee how they will respond.