Timing is everything, they say, and the president appears to agree 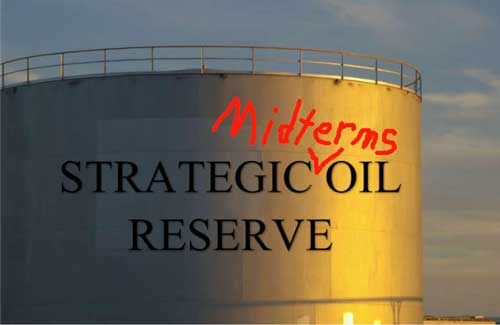 Clearly, Biden wants to delay any more bad news at the pump until Americans have cast their votes. His release of oil from our national reserves, which also seems timed to curiously fit with the election, seem to have achieved a little good but have run their course; our national reserves now so diminished that even he might fear the political repercussions of releasing more (thatâs not to say he wonât â stay tuned between now and the election).

Timing is also the only reasonable explanation for why Biden and the Democrats have suddenly discovered the importance of a secure border. No doubt, their pollsters were telling them how the immigration crisis will likely cause a bloodbath on election night, as well as it does along the border where hundreds have died trying to cross the âopen borderâ the Biden administration has created. 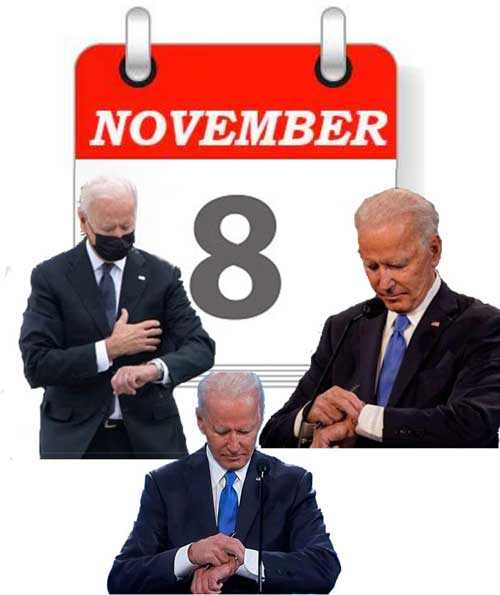 With an election approaching, and timing in mind, Congress passed, and Biden signed the fraudulently named âInflation Reduction Act.â It was advertised to assuage the concerns of voters while actually fitting the agenda of the far Left. But the name was the important part as the Democrats absolutely had to show they were doing something about the inflation that is slamming American voters (if you donât vote, your concerns about inflation donât matter as much).

One commentator on FOX Business this Saturday morning commented that inflation has cost America families one monthâs wages already. And, with no help from Democrat legislation that fails the test of truth in advertising, Americans can expect to feel further inflationary pinch. Timing wise, that matters less after Nov. 8.

Timing also explains why Biden suddenly remembered to support the police this past summer, and why Democrat candidates are scrambling to hide their âdefund the policeâ speeches from the public, no doubt with the help of their friends in Big Tech.

As a nother matter of timing, a Democrat strategist has warned in FOX News that conservatives and Latinos donât particularly like socialism. Thatâs a tough election switch for Democrats to make in time for the election though. Socialism is the core of the Democrat party today.