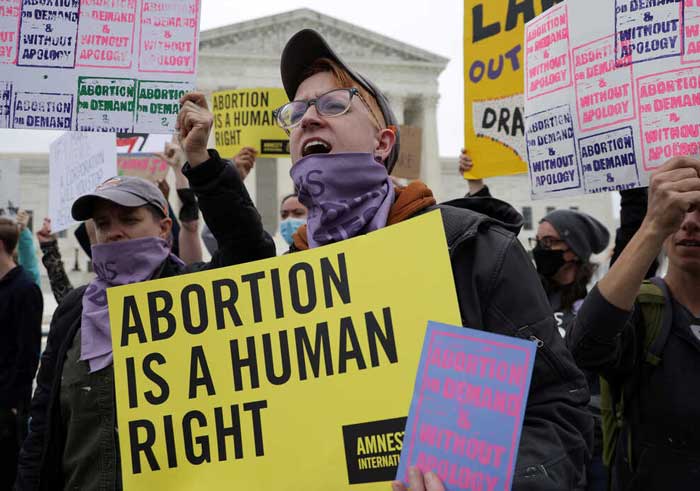 For nearly half a century, Roe v. Wade retarded an honest debate on the abortion issue. It gave women the pretense of a constitutional right that removed any requirement for negotiation. The ârightâ to an abortion was so absolute and ironclad, in their minds, that they were at ease pushing for abortions up to the moment of birth. In some cases, they even pushed to âabortâ infants 28 days after birth.

With the Midterms, the Democrats ran heavily on the idea that they were protecting abortion ârights.â While accusing Republicans of spreading fear about inflation, illegal immigration and rising crime rates that are easily confirmed, the Left was busy spreading panic over the Supreme Courtâs decision to overturn Roe v. Wade. The terror they raised was so great that, just this week, a young woman suggested that her gender will face imprisonment and execution due to the decision.

Never mind that weâre in Illinois where a Democrat supermajority makes abortion as protected today as it ever was. Yet Democrats have allowed women to wallow in the mire of misinformation as many seem unaware that the overturning Roe v. Wade merely pushed the question of abortion back to the individual states.

Before and immediately after Roe v. Wade was overturned, mouthpieces for the Left were pushing the idea that âthey (Republicans) will come for your contraception next.â Even the Catholic Church has abandoned that fight. Contraception is safe and, according to the National Institute of Health (the NIH), there are 15 forms of contraception, not including abstinence.

The Left has also spread panic with the idea that Republicans will outlaw abortion even in cases of rape, incest and health threats to the mother. While there are some who are absolute in their opposition to abortion in any instance, there are enough conservatives who would respect those rights that itâs really not a practical fear in the least; there is simply nowhere near the support to make that happen.

In September, Lindsey Graham proposed a national ban on abortion after 15 weeks (certainly enough time for someone to make up their mind). MSNBC covered the proposal with a headline that only mentioned a âproposed national abortion ban.â

Some headlines mention the part of the bill that refers to âafter 15 weeks,â but many donât. No doubt, the articles mention that little tidbit somewhere in their articles, but journalists are all-too aware that many wonât go beyond the headline; the âjournalistsâ know theyâre spreading a false impression and theyâre doing so because they want to alarm the Leftist base.

The reality, however, is that Grahamâs proposal was a compromise. It was the kind of compromise the Left might have accepted in the past, if they didnât have Roe v. Wade in their sails making them feel invincible.

Now, Democrats wonât compromise because abortion is an election tool that is all too enticing. Itâs kind of like fixing the border or ending racism; these are electoral problems that keep giving and giving to the Left. Why would they want to find cures?