Will Our Freedoms Be Toppled? 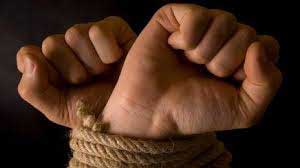 Freedom is a concept relating to the individual - - each personâs unalienable rights and the choices each person is able to make for their own life. However, the amount of Liberties an individual is allowed to have is oftentimes impacted by what a government can control and/or dictate. In our most recent newsletters, we have written about Freedom of Speech, Religious Liberties, the right to bear arms (which shall not be infringed), and the right to privacy and to be secure in our houses, papers and effects.

Our countryâs Founders included the Tenth Amendment in order to restrain the governmentâs natural tendency to grow and become increasingly intrusive. The Founders also created a Constitutional Republic instead of a Democracy, in order to help protect an individualâs rights from mob rule (aka the tyranny of the majority).

The Democrats/Socialists have an agenda (which has been duly announced to the public at large) on how they want to gain absolute power and continue to grow the size and scope of the government. Here is a partial list â
Some of the other announced items on the Socialistsâ wish list include â

When the federal government abandons the concept of the rule of law, then yes, our Liberties are in grave danger of being toppled.