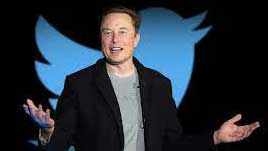 The Leftâs reaction says it all. If approached honestly, rather than fearing âalternateâ voices, the Left would welcome opposing points of view as opportunities to display their intellectual honesty and demonstrate their superior ideas. Reacting in fear that someone will âsay something out of lineâ demonstrates the opposite.

The media today is hardly a shadow of a shadow of its old self. The recent past is rife with examples of media bias and dishonesty. We watched the media fall all over itself in support of Barack Obama because he was black while ignoring stories that didnât shine so brightly on their chosen one.

We watched the IRS attack conservative organizations while the Leftâs lapdog media virtually ignored the story. The whole time, we knew the media would go viral with a story of the IRS attacking groups on the Left.

The media ignored the problem on the Southern Border when Obama was president, found unique ways to attack when Trump was in office, and have gone back to ignoring the border now that Biden is in office.

In 2020, while ignoring questions about the COVID storyline, the media attacked Trump relentlessly over the story. They even ignored the reality that the vaccine, good or bad, was pushed through to rapid development by Trump. Through it all, the media has heaped praise on the very questionable Dr. Fauci.

Then thereâs Hunter Bidenâs Laptop from Hell (if you havenât read it, you really need to read this expose of corruption at the highest level of our government). The Leftâs lapdog media, along with Big Tech and federal law enforcement agencies, through

Even if someone doesnât like Musk and disagrees with everything he will allow on Twitter, they should welcome the opposing viewpoints. For those who donât, the question is, âWhat are you afraid of?â