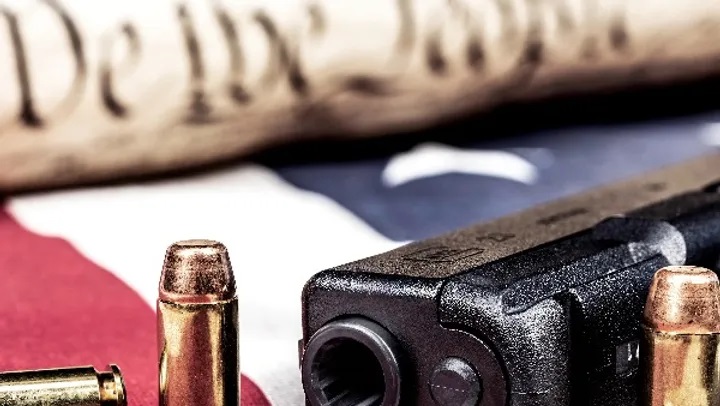 If HB5855 passes in Springfield, which is very likely considering the Democratâs supermajority that amounts to a one-party system, Illinois residents will feel significant erosion of their rights to bear arms. But the McHenry County Board could do something about it â they could follow the path of Iroquois County which has passed a resolution to defend the 2nd Amendment rights of citizens their board represents.

HB5855 would ban magazines of more than 10 rounds, would outlaw âAssault Riflesâ and would move the age to legally bear arms to 21 unless someone is serving in the military. The overreach of this bill is blatant and will certainly leave Illinois residents paying massive legal fees as the constitutionality of the bill is considered by the judicial branch.

Unfortunately, having a one-party system in Springfield isnât enough; Democrats also have members on the McHenry County Board. That shouldnât represent a problem with passing a resolution to defend the 2nd Amendment in McHenry County, but itâs not clear if residents can count on all the Republicans on the board for that support.

The reality about gun control is that firearms are an easy target for the Leftists who dream of a day when Americans have no guns. Never mind that such a day would leave Americans completely at the mercy of the government. This is the same government that, in Illinois, just passed the SafeT-Act, which is rightly called the Make-Crime-Safer-For-Criminals-Act.

The timing is peculiar; while passing a law that defends criminals at the expense of victims of crime, the Illinois legislature is also making it harder for citizens of the state to defend themselves. Just for appearances sake, youâd think the Leftists in our state capital would have allowed a little more time between the two.

The problem is that violence is not so easily addressed. Gun control laws will only keep guns out of the hands of law-abiding citizens. For criminals, the idea is a joke that also ensures greater safety for the perpetrator of crimes; itâs less likely citizens will have guns to defend themselves.

In the meantime, the reality is that the increase in violence in our society is clearly a response to Leftist control. At least, you would think that our lawmakers would find the causes of violence mildly interesting.

While, in the inner cities, Democrats have created a policy that disrupts the family structure, most often kicking dad out so mom and the kids can receive Welfare, in the surrounding areas they have left a swath of moral destruction. Nothing matters. Nothing exists. Our young, from the inner city on out, are left with a social wasteland where few are vested in the success of our society. Instead, our young are taught to embrace the destruction of America so that it can be rebuilt in a socialist image.

In the transition from liberty to socialism, those who live in the society are transformed from citizens to subjects. They are left to depend on the government to act in a benevolent fashion. Those who think they can safely do so are living in a foolâs paradise.