You Can Take Action, Actually Make A Difference
By The Response Staff
01/04/2023 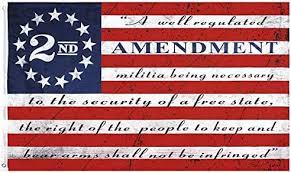 The Current Situation:
The lame duck Illinois General Assembly will soon probably take up the Protect Illinois Communities Act (HB5855). In short, the bill would make it illegal to purchase or possess almost all semi-automatic long guns, and any magazines with capacity over 10 rounds. It also raises the FOID card minimum age to 21 (18 with parental permission).

As written, the bill would go into effect immediately with the governor's signature. From that day, citizens currently owning banned weapons will have 300 days to divest them, or be guilty of violation. Thousands of law-abiding citizens who choose to keep their property would be guilty of criminal activity.

Cook County and the city of Chicago already have similar laws on the books. Those laws have resulted in no improvement on the levels of ongoing gun crime in those areas.

At minimum, the resolution makes it clear where the voters in that county stand, and how their representatives might want to vote.

What About McHenry County?
Our county has a petition going that voices opposition to HB5855, and supports a resolution making McHenry County a 2nd Amendment Sanctuary. To add your signature, go HERE.

We also have a list of all serving Democrat Illinois legislators with home towns and phone numbers (download
HERE ). We urge you to call as many as you can to lobby against HB5855 specifically, and for gun rights in general.

Join the ranks of those who make a difference!